Here’s a question: Have you ever been accidentally locked in a room somewhere, subsequently had a panic attack because you already pictured yourself dying of starvation in the very near future, and jumped up and down like a frog on crack after finally being found? Last time that happened to me I was luckily not alone – my beloved four-legged bestie kept me company in the tiniest lift on earth for what seemed like forever……. not going to lie, I think I even started crying and calling for my mother…… yeees ok so now we all know I am emotionally unstable, but I was only 12 at this point, ok? Anyhow, after about an hour I was saved and boy I did not set foot into that lift for at least a year.

Now, have you heard of Room Escape? After my childhood experience I never thought I would voluntarily lock myself into a room try to solving puzzles to get out. It was SOOOO MUCH FUN and I recommend you all try it. Don’t worry, it’s nothing like SAW. Although, admittedly, our game-master was pretty creepy – were it not for him I think we’d all still be in there searching for more riddles to solve:-).

As for this recipe, there really isn’t much to say: I love curry, I love raita, and who doesn’t love chapatis??

END_OF_DOCUMENT_TOKEN_TO_BE_REPLACED

I’m sure you all heard or read about the Swiss National Bank’s dramatic economic move this past week: that’s right, it’s the Swiss Franc I’m talking about. Without warning, sneaky as we are, our National bank decided to get rid of the cap they had placed on the Euro-CHF exchange rate in 2011. The Swiss Franc is now, as all other currencies, floating freely. How deceivingly lovely that sounds. Regarding food shopping – it’s a dream with France and Germany only one hill away – perfect for a maniac like myself! As soon as my next inspiration struck I decided to hit the road and cross borders – top on my list: Duck and Lentils. C’est français n’est pas? Alors, l’excuse parfaite pour acheter ces ingrédients en France. In all seriousness, I should probably be supporting the Swiss economy after last weeks madness….. maybe next time :-).

END_OF_DOCUMENT_TOKEN_TO_BE_REPLACED

Every year on the 26th December I stare at the turkey leftovers and ask myself: what shall we create this time? Our family standard is to pretend that turkey is venison – we reheat it in a sauce we otherwise usually make with game and serve it with Spätzli and some veg. However, this year I felt like mixing it up a little, checked out some recipes online and decided to attempt this one. Admittedly, it doesn’t remind me all too much of the chilli con carne I usually make, but it was still tasty. Let me know what you think!

The best meal of the day in my opinion is breakfast. I could eat breakfast food 24/7 – from cinnamon rolls to fresh bread with nutella to müsli with yoghurt to eggs with bacon to smoked salmon with avocado to pancakes….. Although if we are being honest, since the introduction of “brunch” almost anything classifies as breakfast food…. but that’s not the point;-). Nonetheless, it still remains epic. Especially lazy weekends – nothing beats sleeping in and waking up to the smell of bacon, eggs or whatever your loved one has fancied treating you with. Bearing that in mind, I thought I’d inspire you just in time for Sunday breakfast/brunch with a savoury turkish dish. Looks impressive and tastes just as good. Enjoy! 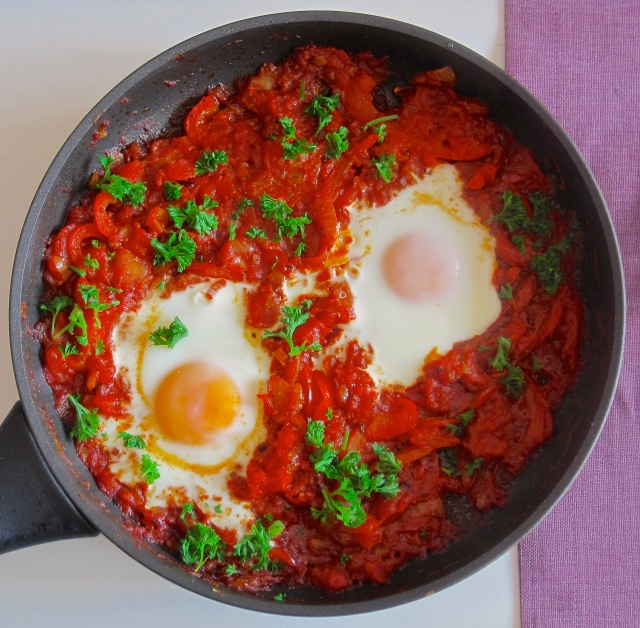 So here’s one of the things the relocation guides never mention: no matter how long you live in a foreign country, no matter how integrated you become, eventually you will fall prey to the cravings for (literally) a slice of home, and it will, inevitably, be incredibly cumbersome to replicate.  One of the joys of moving to a new place is experiencing a new food culture – but different food cultures tend to make things you would otherwise take for granted at home remarkably difficult to come by.

One can get a bit desperate and start spending an exorbitant amount of money on imported goods, and that’s all well and good but the best (and most fun) thing to do is to get creative.

As an expat, one frequently finds oneself in the following situations: stalking pharmacies across town in search of proper red food colouring; visiting the English bookshop (of all places) to stock up on *actual* tea as if war were about to break out; hoarding treasured things like greedy little goblins (syrup is rationed in Four’s house, Argentinean Tea has nearly-sacred status, tins of allspice have been known to last over a decade); resorting to creating the most basic ingredients, like condensed milk, from scratch (WHO DOES THIS?!) and, ultimately, begging anyone going back to the homeland to bring certain unobtainables back with them (like clingfilm that actually sticks, OTC effective painkillers … but now we’re getting off track).

There’s a whole story behind Cincinnati Chili, where it came from and why it’s different than normal chili, but you can go read about it somewhere else if you’re really that interested. Suffice it to say, it was a former blogger’s favourite meals Back Int’ Day and upon moving to Europe she promptly had to learn how to make do. Usually it’s served with spaghetti but corn bread is yummier and less bad for our diets, so tough. The chilli recipe isn’t necessarily authentic (it doesn’t taste a thing like Skyline, for instance) but it is really damn good anyway. We won’t tell you how many years it took Number Four to realize that instead of using corn meal (definitely unavailable in unimaginative Swiss stores) she could use fine, dry polenta instead because frankly it’s embarrassing. Regardless of where you’re from, this chili is a hit. 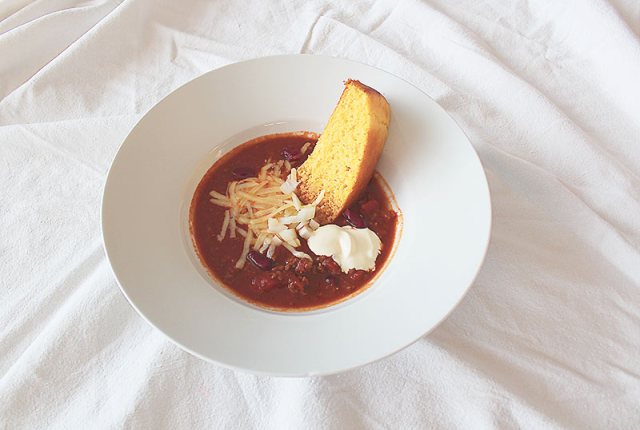 END_OF_DOCUMENT_TOKEN_TO_BE_REPLACED

This scrumptious recipe was the birth of the glorious food blog 1234cook! One day as we were all sitting on the couch watching Star Wars, Number One decided to start annoying the rest of us to create a blog. She managed to reel us all in, wasting tons of money and getting us disturbingly excited about kitchen utensils. Admittedly, it’s probably a wiser investment than re-enacting The Hangover on a weekly basis.

END_OF_DOCUMENT_TOKEN_TO_BE_REPLACED

If you don’t speak French, all of that was absolute hilarity in impeccable grammar.

After careful research into the mystical world of fondants, Two developed this piece de resistence. It is, frankly, sexual.